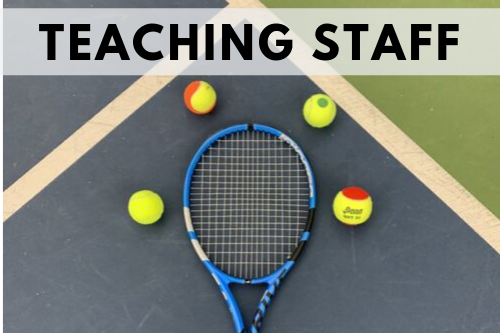 Shaun was born in New Zealand and was raised in Perth, Australia. In 1993, he was ranked #2 in Western Australia under 18's and #10 in all of Australia. In 1994, at Wichita State University, he was a top 100 Singles player in NCAA Div. 1 as well as a top #20 ranking in Doubles while earning his BA in International Business. Shaun earned his MBA at the University of Louisiana where he also held coaching duties in 1998-1999.

Shaun has advanced his career with teaching positions at Maidstone Club, East Hampton, NY, Towpath Tennis Club, where he was Jr. Tennis Director, and at River Oaks Athletic Club where he was the Head tennis Pro and Director of Junior Development. Shaun joined the Paramount Medina teaching staff as Director of Tennis in 2010. He also is the head coach for men's and women's tennis at John Carroll University where he has been named OAC Coach of the Year a total of nine times, and won nine OAC Championships between both the men's and women's teams. He was named the 2017 Wilson/Intercollegiate Tennis Association Division III Women's Central Region Coach of the Year. Shaun is a USPTA P-1 Elite certified professional.

Dean began playing the game of tennis at the age of three. His father started him off at an early age...and he hasn't stopped playing yet. He continued his play at Wickliffe High School where he then went on to play in college.

Morse graduated with a B. A. in Education, with a health and physical education degree from Baldwin Wallace College where he played tennis all four years and was the captain of the team for his last two years. During this time, Morse had a thirty-five match consecutive win streak and set many school and conferences records.

Dean is a Certified USPTR and USPTA professional and taught at the Cleveland Racquet Club for his first three years of teaching where he was the Assistant Junior Tennis Director. He was also the clubs head stringer. Dean has attended the USTA High Performance coaching and training seminar at Key Biscayne. Dean has also helped to coach Perry High Schools Tennis Team, and is currently the head coach at Archbishop Hoban High School in Akron, OH.

He is highly motivated and very enthusiastic about everything he does. He hopes to develop great programs here at Paramount and looks forward to working with you on and off the court.

Dean is a USPTR and USPTA certified tennis instructor.

Elizabeth has been a teaching pro at Paramount Medina since 2012. Elizabeth is a PTR certified tennis instructor and has been teaching and coaching for over 30 years. She played at the University of Missouri-Rolla at #1 singles and doubles along with playing basketball and running cross country. Elizabeth has a Bachelor's of Science Degree in Applied Mathematics, a Master's Degree in Education and a Master's of Divinity. She coached the men's and women's tennis teams at Central College (Iowa), the women's team a the University of Wisconsin-Stout, and currently is an assistant coach for the tennis teams at Highland (Medina) High School. Elizabeth served as the Vice President of the Missouri Section of the USTA and recently taught for 4 years at Washington Courts in Medina. She grew up in Iowa, serves of the pastor at Living Word Lutheran Church in Medina, has 6 children and has been married to her husband, Gary, for over 30 years. Elizabeth is also a very proud grandma.

Mark Merchant comes to Paramount with 30 years of teaching experience. He played high school tennis at Gilmour Academy and his senior year went to State as a doubles team. Mark played tennis at Marquette University, singles and doubles and then played for 2 years on the National Amateur tour. Mark is the Head Tennis Coach for the Brunswick High School Girl's tennis team, completing his 3rd season in 2019. He is available for private and group lessons to players of all ages. Mark resides in Berea, with his wife Nichole and children Savanna and Anthony.

Adam Perkins is a graduate of Cleveland State University where he received his degree in Sociology with a minor in Sports Management. Beyond playing tennis for CSU for four years he is a four time Horizon league champion and a four time National Qualifier. He also played tennis at Geneva High School under Phil Dubsky. After serving as Junior Director at an area club, Adam joined Paramount Tennis in June of 2015. Adam is a USPTA certified instructor who has been teaching since 2007. He is an accomplished racquet stringer, an active player and works with both juniors and Adult groups.

Beth Schaefer Winquist is a native of Medina, Ohio and has been a USTPR/USPTA certified tennis instructor for over 20 years.

As a junior Beth was ranked #3 in the USTA Midwest Region as well as in the top 100 nationally. She graduated from Medina High School in 1990 and was a 4-time state qualifier. In 1988, she paired with her sister to finish 2nd in the State High School Doubles Tournament and individually, in 1990, finished #3 in singles.

Beth graduated with a sports management degree from North Carolina State University. There she played #1 singles and doubles for the Wolfpack. Beth was captain her senior year and her highest NCAA National ranking was #30.

After college, Beth was the Head Teaching Professional at Timuquana Country Club in Jacksonville, Florida and also served as their Interim Director of Tennis for several months. In 1996, Beth brought her love for tennis back to Ohio as an Assistant Tennis Professional at Springside Racquet and Fitness. Since working at Springside, Beth continues to further her tennis education receiving her certification as a Cardio Tennis Instructor and most recently has studied under world renowned personal trainer Pat Etcheberry receiving her certification from him in exercise and conditioning for tennis players. Beth has played USTA Women's 5.0 for Springside as well as captained the NEO USTA Fed Cup team.

Along with numerous local and state tournament titles, Beth has won a USTA "gold ball" capturing the USTA National Women's Amateur Hardcourt Doubles title. She also was ranked #13 nationally in the USTA Husband/Wife Mixed Doubles Division. In 2002, Beth was inducted into the Medina County Sports Hall of Fame.

Roger is a graduate of Baldwin Wallace University where he earned a double major in Business Administration and Sport Management. While at Baldwin Wallace Roger spent 4 years playing for the Men's tennis team where he earned 4 varsity letters and 4 ITA scholar-athlete awards. Prior to Baldwin Wallace Roger earned 4 varsity tennis letters from Brunswick High School. Roger also works in partnership as a coach for Wilson Collegiate Tennis Camp program which hosts junior tennis camps around the US. Roger is passionate to help players of all ages and skill levels improve and achieve their tennis goals.

Born and raised in Johannesburg, South Africa Gary competed as a top junior before coming to the United States to play for Walsh University.  He captained the team to three national tournament appearances and achieved a national ranking of 14 for doubles.

After competing Gary pursued a career in coaching and moved to Connecticut and worked in private clubs and academies where he was able to help juniors learn to love the game and achieve high levels of tennis success.  Gary specializes in junior development and is a Master of Tennis certified professional which is one of the highest accolades a coach can achieve through the USPTA and the PTR.

Gary directed tennis programs in Westchester and Fairfield county for the past 8 years before moving to NE Ohio to direct the tennis program at Portage Country Club.  During the off season he is part of the USTA coach development team and part of Paramount Medina's teaching staff.

Brian graduated from Bowling Green State University with a degree in sports management. As an adult player he is currently rated 4.5 and has competed on a National Qualifying mixed doubles team.

Brian has a distinguished career and is well respected for his service in the tennis community earning the USPTA Midwest Ohio Professional of the Year (twice) and the Northeast Ohio Herb Nold Volunteer of the Year.  Brian currently serves on the Junior Competition Committee for Northeast Ohio. He has previously served as the VP of Ohio for USPTA, a member of the NEOTA Board and Greater Akron Junior Team Tennis board, and a past Cup coach for Northeast Ohio.  He is also a Certified Master Racquet Technician.

Brian has developed a passion for Pickleball over the years and is pleased to bring the fastest growing sport to Paramount. He has been traveling and playing tournaments locally and in the Midwest.

Brian is a lifelong resident of Akron with his wife Stephanie and their boys Cooper and Tucker.

Up to date weather for Medina